Over the years, brachycephalic breeds have become increasingly common household pets, across the globe. Common brachycephalic dogs include Pugs, English Bulldogs, Boston Terriers, French Bulldogs, to name a few.  Brachycephalic breeds are known to be predisposed to a multitude of congenital and acquired upper airway abnormalities resulting in long-term negative pressure gradients which result in increased inspiratory upper airway resistance, increased respiratory effort, and potential for lower airway issues. These airway abnormalities include elongated soft palate, stenotic nares, hypoplastic trachea, everted saccules, and laryngeal collapse. Abnormalities of the upper airways result in the narrowing of airway passages which cause increased resistance to flow and restriction of airflow. These changes can cause secondary swelling and edema of upper airway tissues, worsening their clinical signs. Common clinical signs are dyspnea, exercise intolerance, snoring, heat exhaustion, and cyanosis. Primary and secondary gastrointestinal issues often contribute to these patients’ increased anesthetic risk, as they can predispose these patients to regurgitation, aspiration, and aspiration pneumonia.

It has been well documented that the prevalence of gastrointestinal disease in brachycephalic dogs, in particular the French Bulldog, can be as high as 97.3%. It has also been reported that brachycephalic patients that had correction of their upper airway abnormalities in conjunction with medical management of their GI disease, had over 94% improvement in their GI clinical signs, leading to speculation that their airway disease was a likely contributor to their gastrointestinal disease. An increased incidence of hiatal hernia has been documented in brachycephalic breeds, with French Bulldogs seemingly having the highest incidence in this population of dogs, which can predispose these patients to regurgitation. Additionally, it is speculated that the negative intra-thoracic pressure generated on inspiration may also contribute to gastroesophageal reflux. Each of these factors increases these patients’ risk for regurgitation and aspiration pneumonia.

With this in mind, preemptive diagnosis of and management of both GI and respiratory issues is imperative prior to anesthesia. A thorough medical history is vital.  It is important to, at minimum, determine any history of regurgitation, respiratory distress, increased inspiratory effort on exercise.  Thoracic radiographs should be recommended in advance, to rule out evidence of a hiatal or diaphragmatic hernia or any evidence of pneumonia. If there is suspicion of GI disease, an endoscopy can be recommended to determine the underlying etiology and facilitate appropriate medical management in advance.  If pneumonia is present, it should be treated before anesthesia is performed. Lastly, pre-anesthetic GI medications such as Omeprazole, Cerenia +/- an oral prokinetic, should be considered 2-7 days prior to anesthesia, minimize the risk of regurgitation, vomiting, and minimize the severity of aspiration should it occur.  If this is not possible, Cerenia, a PPI, or Famotidine +/- a metoclopramide CRI may be administered intravenously perioperatively.

Due to these patients’ conformation and not uncommon obesity, ventilation can also be an issue in these patients.  In humans, obesity increases the risk of both regurgitation and airway obstruction in patients with sleep apnea.  All patients undergoing anesthesia will also experience atelectasis which can result in poor oxygen exchange.  Patients with large body mass are at risk of developing more significant atelectasis quicker, when in lateral recumbency, which can be worsened by placing patients in both right and lateral recumbency without time to re-expand those alveoli.  In addition, BAS patients have been documented as having lower tidal volumes which can further limit these patients’ alveolar gas exchange.  Due to both their predisposition for regurgitation and poor ventilation, these patients should be induced in sternal recumbency.  Preoxygenation should be administered via a facemask, at 2-5 L/min for 3-5 minutes prior to induction of anesthesia to increase the patient’s FiO2.  Monitoring of SpO2 and EtCO2 will be important.  When available, these patients often benefit from mechanical ventilation intraoperatively.

BAS dogs, particularly English Bulldogs, commonly have hypoplastic tracheas.  Preoperative thoracic radiographs can give an idea as to the diameter of the trachea when planning for intubation.  When not available, multiple-sized endotracheal tubes and a laryngoscope with a long blade and bright light should be available.  During intubation, it is also recommended that a full oral/pharyngeal exam be performed as this will give the practitioner insight as to whether a surgical correction should be recommended and if extubation is likely to be of concern.  As a general rule, practitioners should always discuss the potential for a difficult recovery from anesthesia and discuss client wishes, with regard to surgical correction of any airway abnormalities, in advance of anesthesia.  This is particularly true in patients already exhibiting clinical signs of BAS or those with underlying lower airway disease secondary to their upper airway abnormalities.

As was mentioned above, GI protectants should be started prior to the day of the procedure when at all possible and continued the day of the procedure.  Minimizing patient stress can be quite beneficial in reducing pre and postoperative airway obstruction.  This can be achieved by providing any high-stress or aggressive patient medications that help relieve stress prior to coming to the hospital. Some medications commonly recommended are gabapentin, trazadone, acepromazine, and melatonin.  Which of these medications, or the combination of more than one of these, should be prescribed based on the history of the patient.  Pre-medications are recommended in patients as a way of reducing patient stress, proving analgesia, and allowing for safer handling of the patient. These can include low doses of acepromazine, low dose dexmedetomidine, and opioids.  Though these patients can have increased vagal tone, most anesthesiologists no longer recommend preemptive anticholinergics and instead know what dose they would need to give and reserve their use for only those cases that need it.  Because these patients have a higher risk of airway obstruction with significant sedation, they should be watched closely once premedicated.

We are fortunate to have access to a wide variety of relatively safe anesthetic induction agents. Both Propofol and Alfaxalone can be used without issue, for laryngeal examination in dogs and while most of our induction agents can be used safely in these patients, some more recent studies have shown Propofol to have a significantly higher incidence of regurgitation compared to Alfaxalone.

Intraoperative concerns are generally going to be associated with hypoventilation, difficulty obtaining an accurate blood pressure with NIBP techniques, and regurgitation.  Monitoring of ECG, SpO2, EtCO2, RR, blood pressure and temperature should be done in all patients undergoing general anesthesia.  Recovery, however, is where the most risk occurs in these patients.  Recovery should be done in sternal recumbency.  If a benzodiazepine has been used, and there are no contraindications, the reversal should be considered.  Be prepared with additional induction drugs, laryngoscope, and new endotracheal tubes in the event that airway obstruction occurs and the patient needs to be reintubated.  Should this occur, supplemental steroids may be warranted.  When possible, supplemental oxygen should be administered as long as possible in recovery.  The endotracheal tube should be left in place until the last possible minute until the patient is able to lift their head and is swallowing.  An SpO2 should be left on the patient after extubation and a dedicated technician with the patient until the patient is able to keep head lifted, SpO2 determined to be normal and there is no evidence of increased inspiratory effort or distress. These patients should be watched closely for at least 15-30 minutes post-extubation and vitals taken and patient reassessed at least every 30 minutes for the first three hours.  GI medications to go home should be considered post-anesthesia for at least a couple of days, particularly if patients have underlying GI disease or evidence of such, regurgitated during the procedure, or are being sent home with NSAID. Ok, so we don’t actually mean stop reading Google reviews completely. Or do we? As a veterinary professional, it’s completely understandable to want to know how your clients feel about 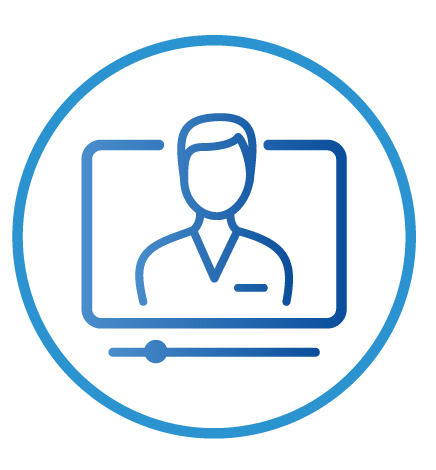 WE LOVE TALKING TO PASSIONATE PEOPLE.